Sublime Text
Or leave us a private message
No similar topics found.
No topics

otakustay 11 years ago • updated by 杨维杰 9 years ago • 10
Is it possible that Sublime provides a built-in diff functionality like vimdiff, which takes 2 files, open in a two-column layout, and gives a side-by-side diff view(not the .diff output)
Vote

matrushka 11 years ago • updated by robertcollier4 9 years ago • 8
A better looking find in files results like AckMate Plugin for Textmate (https://github.com/protocool/AckMate) does. Current search results are shown in a bit confusing way.
Vote

ivank_ 11 years ago • updated by Jon Skinner 9 years ago • 12
I would really like to be able to make some things bold or italic.
Vote

Answer
Jon Skinner 10 years ago
This was added in 2165

Answer
Jon Skinner 11 years ago
This was added in build 2036.

oxman . 11 years ago • updated by niahoo osef 8 years ago • 12
We have already discussed that on the forum at :
http://www.sublimetext.com/forum/viewtopic.php?f=4&t=147
Vote

In a given file the user should be able to arbitrarily change the syntax-mode of any individual syntax-scope in any buffer, through the right click context menu or other method.
Vote

Brian Adams 10 years ago • updated by redwards 9 years ago • 10
When recording a macro it would help if it also recorded F3 (finds).  I frequently need to find a token (like and underscore) and delete everything before it.
Vote

Stian Grytøyr 11 years ago • updated by Jon Skinner 10 years ago • 8
Make the default result list in Goto File/Anything (before you have typed anything) ordered by when you last opened the file, so that the previous file you worked on is at the top, the file you opened before that second etc. This would make keyboard based file navigation much more efficient, imho.
Vote

Answer
Jon Skinner 10 years ago
This was added in 2126

singw 10 years ago • updated by Eesger Toering 9 years ago • 2
Public the "Open Files" side bar (Panel) API, so plugins like function list side bar made possible.
Vote

Russell Keith-Magee 11 years ago • updated by Jon Skinner 10 years ago • 2
This would make it easier to open existing ST2 projects using the Finder.
Vote

Answer
Jon Skinner 10 years ago
This was added in 2165

ronj 10 years ago • updated by NormieKrabz 4 years ago • 19
Is there a way to tell Sublime Text to display all Characters? 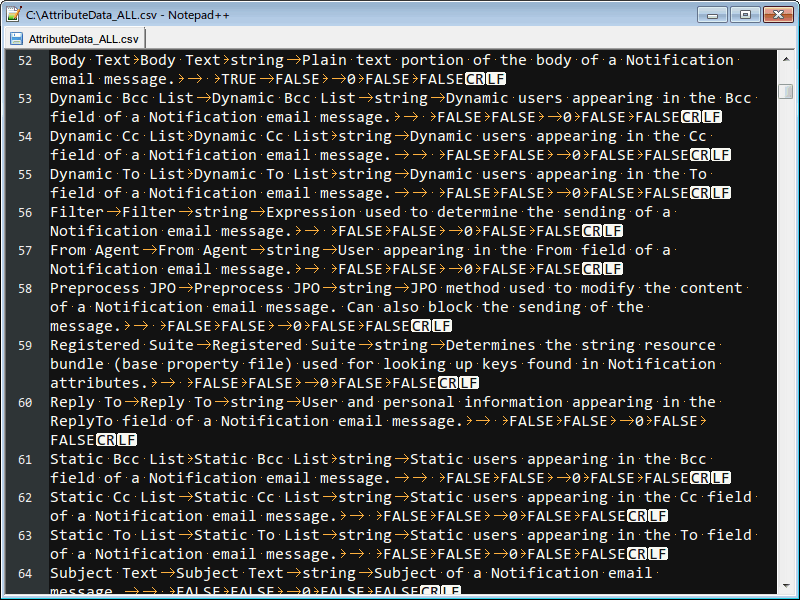 Greg Hines 11 years ago • updated by Jon Skinner 10 years ago • 4
Currently, one can only expand or collapse a folder by clicking on the arrow to the left of its name. This presents a very small click target. Being able to double-click anywhere on the folder name would be a massive usability improvement for navigating these trees.
Vote

Answer
Jon Skinner 10 years ago
Current builds will expand or collapse a folder on a single click, clicking on the disclosure button is no longer required
﻿