Allow for custom default window position.
Elaborating further on this request, I'd like to add:

1.) Ability to adjust size and position of new windows; instead of proposed "new_window_position", I suggest a more versatile setting:

Mini Map is redundant if you can't remove the OS(X) built-in scrollbar when scrolling vertically...

"overlay_scroll_bars": true doesn't fix this (OS X Mountain Lion). I have a faint memory that it worked in previous OS'es, no?

I'm contemplating what you wrote. You may actually be very right. The Cmd-Left shortcut appears to be the whole solution... Even though I'd stumbled across it sporadically earlier, it never occured to me how useful it is (even though I tried to fake it in my prev. comment). Your question seems also pretty spot on: why would I need to jump between Tabs, when Cmd-Left exist? Thinking and rethinking, I never came up with a good reason. Thanks!

joelpt: Thanks for helping me trying to grok this. Re-reading my comments, I regret to say I'm not entirely sure I understand all of it myself (duh, but it's complicated to explain). What I do know is that something is, or feels, different. Basically it boils down to that cursor's placement when doing line selections via Shift-Up/Down.

Let's say you have a document containing 4 lines of text including the 3 aforementioned ipsum lines and an extra line below that paragraph. After pressing Shift-Down three times from beginning of the word "Maecenas": why is the cursor placed on the line below (line 4) and not the end of line 3, right after the "augue" word? Apparently this must be only me, but, I guess the essence of what I'm trying to say is that, if you press Shift-Down three times, it should highlight/select three lines and place the cursor by the end of line 3 (as it would if my example document had only 3 lines). It seems to me that Sublime differs from all other editors in this regard. (I could be totally wrong. Who knows, maybe Sublime is the only one doing it right!)

@Collin: The way Cmd-Left works is a sweet benefit, truly agree. But it doesn't replace or substitute the point of having Arrow keys jump between Tab Guides / Stops. I'd say it's still a crucial feature for frequent situations, let's say, when you want to place the cursor at 3rd Tab Stop out of 6. (Happens, right.)

Currently this requires 12 key presses instead of 3 (with a Tab Width of 4). Tab Width: 2 knocks it "down" to 6 keypresses instead of 3, but still, it's redundant labour compared to jumping straight between indentations regardless of your Soft Tabs setting. No miscredit intended to Sublime (it's my favorite editor), but this is almost comparable to TextMate's old undo behavior, reverting character by character instead of speeding things up.

Sorry (couldn't amend my previous message), here's an apology if my message came out a little too grumpy, especially the "seems pretty obvious.." part. :)

I googled "sublime text move between soft tabs" and this was my first find. Sadly I still haven't found a way to achieve this. Seems pretty obvious that if you choose to have Tabs as Spaces, you'd really want to be able to still treat those Soft Tabs as Tabs, in terms of movement... Right now, you're actually being forced to hit Arrow keys multiple times to jump between Tab Guides. (If you're not using e.g. Vintage Mode or some plugins, if any exist for this type of functionality.)

@Ehtesh: Shift-Tab moves the actual text, not just the cursor.

@Jon Skinner: Are there any ways in which this can be achieved, or plans to enable what the OP wants?

Selecting text: is there any rationale or "talk" behind Sublime's …

…too late to edit previous post, but, maybe I'm (actually) trying to imply that either way is correct, after all. :) (Until being enlightened, that is.)

Selecting text: is there any rationale or "talk" behind Sublime's …

Sublime has a few distinctive deviations from common text editors that pertains to selecting text, cursor placement/movement. And in my case, this feels a bit weird. There's a lot to love about Sublime (it's even my preferred editor), but I still can't be friends with this (mainly due to old habits, I guess).

I'll use TextMate for comparison, but you can replace it with pretty much any editor out there (e.g. builtin TextEdit.app on Mac).

Note: I'm not saying either way is correct (see example). My point is that Sublime is different from what I'm used to in terms of the example below. So I have 2 questions. First, if I'm the only one who's thought about this. Secondly, why is it that Sublime chooses a different way – what's the rationale for introducing a different selections & cursor movement/placement scheme?

Let's assume you have a text file containing the following:

1. Place the cursor on beginning of line2.

2. Press arrow down while holding Shift key (selects the whole line and puts the cursor on line below).

…you end up on beginning of line4 (jumping from line2)!

1. Place the cursor on beginning of line2.

2. Press arrow down while holding Shift key (highlights the whole line and since you're having a selection, the cursor is not shown)

…you correctly end up on line3 (jumping from line2).

With "overlay_scroll_bars" set to "enabled", In Mountain Lion the scroll bar appears when using the mousewheel. Can you get it to not show at all? 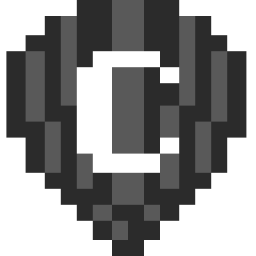