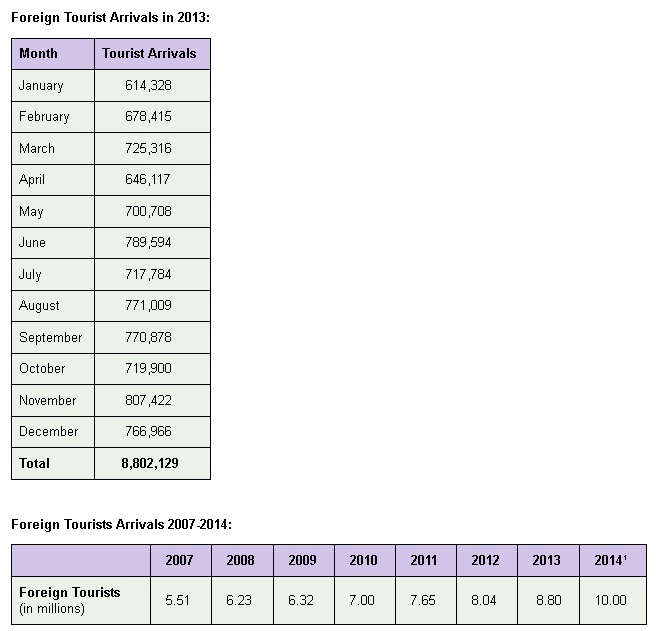 On Monday (03/02), Statistics Indonesia released various data regarding Indonesia's tourism sector. According to the institution, the number of foreign tourist in Indonesia increased 9.42 percent to 8.80 million people in the full year of 2013. Foreign exchange earnings from the tourism sector grew 11.0 percent to USD $10.1 billion from USD $9.1 billion in 2012. This means that - on average - each foreign tourist spent USD $1,142 per visit in 2013 despite the average length of stay slightly declining from 7.7 days to 7.5 days.

The growth from 8.04 million to 8.8 million foreign tourists, which exceeded the government's target, was attributed to successful tourism promotional activities abroad as well as several big international events that were held over the past year (for example the APEC conference in Bali).

The most important points of entry in 2013 were still Bali, Jakarta and Batam. More than 6.81 million foreign tourists entered Indonesia in one of these three locations.

Of the average amount of USD $1,142 that a foreign tourist spends during his holiday in Indonesia, 48.9 percent is allocated to accomodation expenses, 17.7 percent to food and drinks, and 7.9 percent to souvenirs.