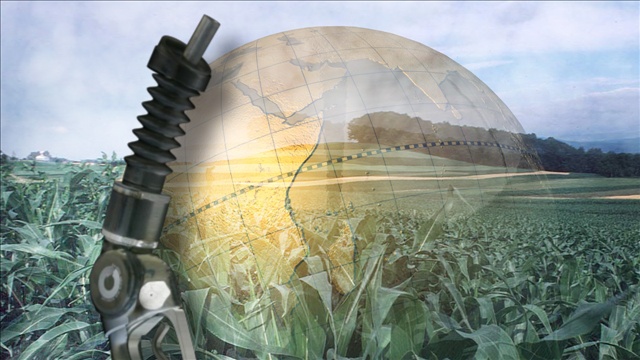 The SEC and the DOJ filed actions against six individuals and three companies centered on a fraudulent biofuels scheme. Customers of the company lost about $55 million; the Internal Revenue Service is exposed to as much as $35 million in false claims; and shareholders of the company, who once had a high flying stock, were left with a bankrupt company. SEC v. Imperial Petroleum, Inc., Civil Action No. 1:13-cv-01489 (S.D. Ind. Filed September 18, 2013).

The scheme centered around incentives and credits available under the Energy Independence and Security Act of 2007. The Act contained incentives for the production of biodiesel. One was a $1 dollar per gallon credit to the first person to blend pure biodiesel, called B100, with petroleum diesel after which it was known as B99. A second came from a renewable identification number or RIN. Biodiesel producers generate and attach those credits to the fuel they sell. Since certain companies need RINs to comply with regulatory obligations they have value. The credits were only available once. Thus a gallon of B100 with a RIN attached was worth as much as $2.50 per gallon more than an equivalent gallon of B99 without the credits.

Imperial Petroleum, Inc, whose chairman was Jeffrey Wilson, both defendants, acquired E-biofuels, LLC or Ebio on May 24, 2010 from the original owners of the company. The consideration was notes totaling $3.75 million plus two million shares of Imperial stock. The original owners included defendants Craig Ducey, Chad Ducey and Brian Carmichael. At the time Imperial and its CEO believed they were purchasing a profitable biodiesel firm.

Ebio’s involvement in the biodiesel business trace to 2006. At that point the company made efforts to produce biodiesel fuel. It had limited success.

Three years later Defendants Joseph Furando and Evelyn Patterson, along with one or more of their companies, which include defendants Caravan Trading, LLC, CIMA Green, LLC and CIMA Energy Group, brokered the sale of biodiesel to Ebio. The company began purchasing B99 without RINs.

Early in 2010 Craig and Chad Ducey, along with Joseph Furando, worked out an arrangement to secure a supply of B99 to recertify. Working with the three entities controlled by Mr. Furando and Ms. Pattirson, an arranged was entered into under which Ebio would purchase a supply of B99 without RINs at inflated prices. The sellers would furnished false invoices describing the transaction as the sale of feedstock which is the raw product used to create the fuel. By the time Imperial acquired Ebio, the company had already purchased more than 1 million gallons of RINless B99 for recertification.

Within weeks of Ebio’s acquisition by Imperial, Mr. Wilson discovered the fraud. He did not halt it. Rather, it continued. Revenue spiked from about $1 million to $110 million from the illegal business. The financial results were reported in filings made with the Commission.