nickl 9 ár síðan • Uppfært 9 ár síðan • 1
It would be great to have a 'mark occurrences' feature like Eclipse/EPIC - I find this very helpful when programming.

Each time I select a word, all occurrences are highlighted in the document, and the distribution of occurrences is shown in the marker panel that runs alongside the vertical scroll bar. 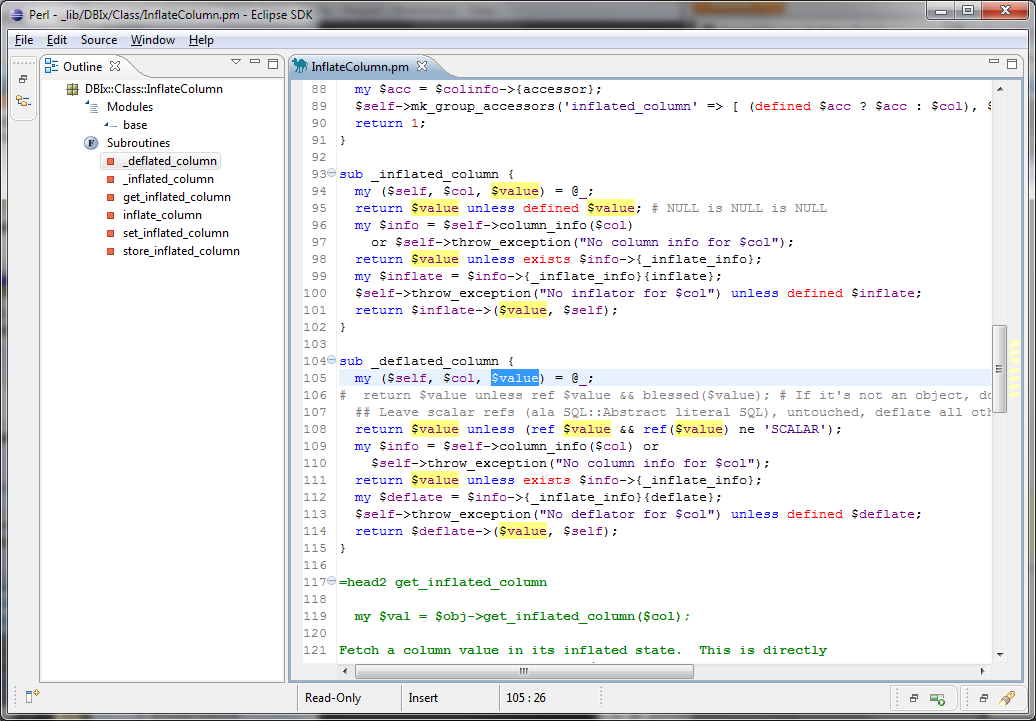 0
nickl 9 ár síðan
I discovered a plugin to do this here: